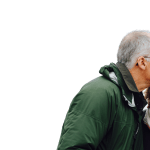 Mildred Press, the publishing imprint of Americans United for Life, honors the legacy of Dr. Mildred Jefferson. A trailblazer in the medical field, Dr. Jefferson broke racial and gender barriers as the first black woman to graduate from Harvard Medical School and the first woman elected to the Boston Surgical Society. But it is for her role in breaking communication barriers that Americans United for Life proudly presents Mildred Press.

“I am not willing to stand aside and allow the concept of expendable human lives to turn this great land of ours into just another exclusive reservation where only the perfect, the privileged, and the planned have the right to live.” —Mildred Jefferson, M.D.

Dr. Jefferson—who unequivocally saw doctors as healers—has been described as “the greatest orator” of the pro-life movement. Her eloquent, logical, and compelling advocacy for life changed hearts and minds, including that of president-to-be Ronald Reagan. As a former Americans United for Life board member, our organization directly benefited from her advocacy and intellect.

Mildred Press honors Dr. Jefferson’s rare spirit in our publications: incisive yet approachable, accomplished yet humble, convicting yet compelling. Just as Dr. Jefferson did, Mildred Press will speak to a broad range of Americans, as well as lawmakers and policy experts, on topics relevant to the pro-life movement.

Women Speak 2018: A Symposium on Life Without Roe

The only child of a minister, and a school teacher, Dr. Jefferson went on to become the first woman to intern at Boston City Hospital, the first female surgeon at the Boston University Medical Center, and the first woman admitted to the Boston Surgical Society. Over her career, she was professor of surgery at Boston University Medical School, was awarded 28 honorary degrees and became an eloquent spokesperson, national leader and icon of the pro-life movement.

Dr. Jefferson dedicated her life to caring for the sick and exposing the contempt of abortion and eugenics for all humanity. Her speaking on behalf of mothers and children generated national and international acclaim. Dr. Jefferson also was also among the 200 physician signers of a 1971 Americans United for Life amicus brief led by attorney Dennis J. Horan filed at the U.S. Supreme Court in Roe v. Wade and Doe v. Bolton. The brief included several pages of fetal photographs and other medical evidence meant to reveal and underscore the humanity and autonomy of the child as a distinct member of the human family, and noted the fact that in medicine both mother and child are distinct patients.

“I became a physician in order to help save lives," Dr. Jefferson once reflected, "I am at once a physician, a citizen, and a woman, and I am not willing to stand aside and allow the concept of expendable human lives to turn this great land of ours into just another exclusive reservation where only the perfect, the privileged, and the planned have the right to live.”

Clarke Forsythe, Senior Counsel at Americans United for Life, remembers Dr. Jefferson as "an impassioned pro-life doctor and persevering advocate, who fought for the right to life for decades and to her last days. With a beautiful voice, she combined passion with articulation on pro-life medicine, law, and human rights.”

Americans United for Life honors Dr. Jefferson for her gifts of logic, persuasion, and witness through evidence-based medical and biological science. Her defense of the child as a distinct member of the human family in a nationally televised WGBH program in 1972 is credited for being a catalyst that transformed Ronald Reagan's convictions on abortion from pro-abortion to pro-life. President Reagan wrote to her, “You have made it irrefutably clear that an abortion is the taking of a human life, I am grateful to you.”

As Dr. Jefferson influenced Americans of her time, Americans United for Life presents the accessible, relevant, and diverse scholarship of Mildred Press to equip Americans today to advance the human right to life in culture, law, and policy.