Following the contentious events leading to the 54-45 vote in the U.S. Senate to confirm Justice Neil Gorsuch to the U.S. Supreme Court, AUL Acting President Clarke Forsythe commended the Senate Republican leadership “for changing the Senate rules to confirm a judge who is committed to preserving self-government through the rule of law. Judge Neil Gorsuch’s exemplary record shows his commitment to constitutional originalism, the separation of governmental powers, and principles of judicial restraint, which makes him the right person to weigh the contentious issues that will come before him.” 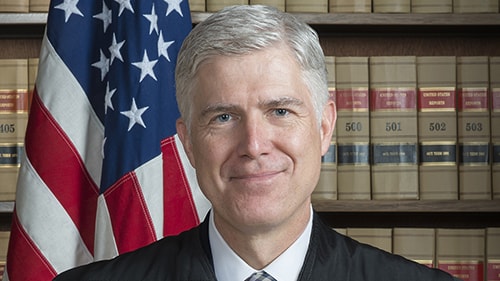 “We’ve seen the negative impact of judicial activism in the destructive legacy of Roe v. Wade for both women and their unborn children,” said AUL’s Clarke Forsythe. “Judge Neil Gorsuch’s respect for the law as written made him the right choice to take the seat of the esteemed Justice Antonin Scalia.”

Forsythe continued: “The issue of abortion perfectly illustrates how judicial overreach can negatively change a nation: in Roe v. Wade a handful of Supreme Court Justices ignored constitutional text and history and acted without any reliable medical evidence to force a dramatic social change they favored. We hope, as pro-life Americans, that Judge Gorsuch will one day be part of a majority of justices who will admit that the Court has failed as the National Abortion Control Board and will return this issue to the American people and their elective representatives in the States.”

In an opinion piece published this week, Forsythe detailed reasons why the troubling Roe v. Wade Supreme Court decisions is not “settled law,” meaning that it has not been established by time and legal agreement to be set firmly in place. He noted that only three times has it been affirmed (not 39 as claimed during the hearings), and in fact, “Roe is the most unsettled constitutional decision of the past 50 years.”

He wrote: “The mere passage of time does not settle a Supreme Court decision. Roe is 44 years old. But Plessy v. Ferguson (1896) (which affirmed racial segregation) was 58 years old when it was overturned in Brown v. Board of Education (1954).” Other even older cases have been replaced. The issue at hand is its flawed foundation.

During the confirmation process, AUL’s legal team provided analysis of key issues likely to impact how judges view abortion. Of interest to those who monitor the life issue is a judge’s judicial philosophy, which can instruct how he or she sees issues not detailed in the U.S. Constitution. Consider the fact that the legal concept undergirding the 1973 Roe v. Wade decision which led to abortion-on-demand as the law of the land is not in the text of the Constitution: the so-called “right to privacy.” To learn more visit SCOTUS 101.

“Roe is not settled, and abortion is not safe,” said Forsythe. “At AUL, we are committed to seeing abortion come before the Supreme Court again to address the deadly reality of abortion, not the false promises offered to vulnerable women and their unborn children.”